EFT Therapy: What Is Emotion-Focused Therapy?

EFT Therapy is a therapy that focuses on emotion, and it sees emotion as the primary datum of human experience.
Written by Dr. A. Carmelita 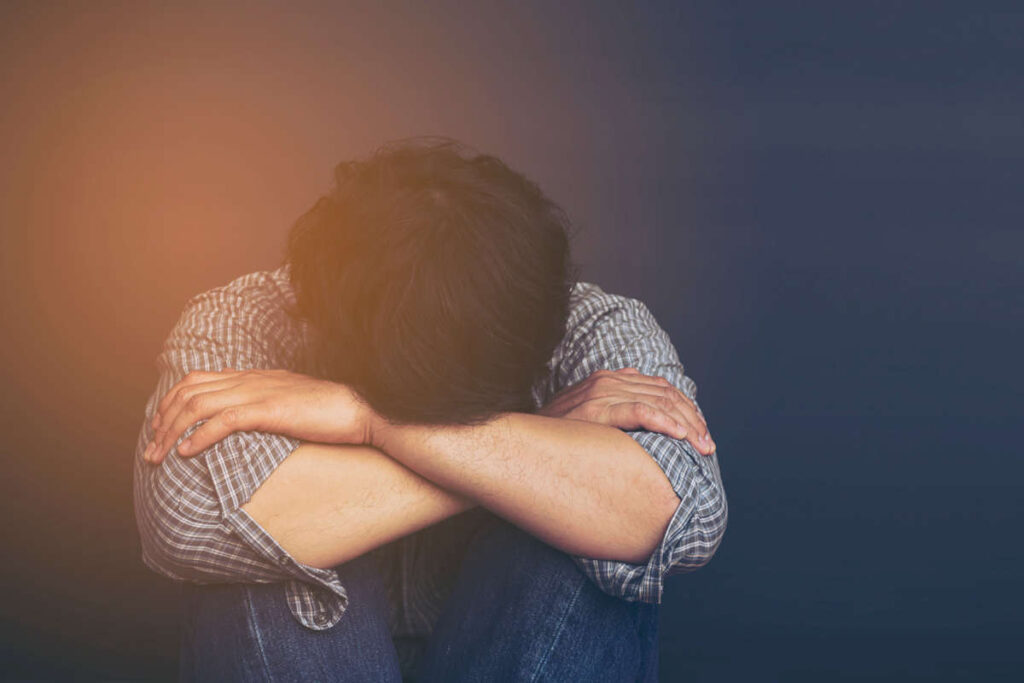 Eft Therapy stands for Emotion Focus Therapy, which is not the same as Emotion Freedom Technique. Still, essentially it’s a therapy that focuses on emotion, and it sees emotion as the primary datum of human experience. That’s the very first thing we feel in the world, and so it’s a way of working with emotion,
but it has two essential components: we work with the relationship, with an empathic connection. Still, we also have different interventions for different kinds of problems that arise in the session.
So I like to think about it as Islands of work within an ocean of empathy.
And these Islands of work have been studied, and they’re what we call marker guided interventions.
A person in a session reaches a particular state, like self-criticism or unfinished business with a significant other, and then we have ways of intervening.
So these markers are opportunities for different kinds of interventions. So we work with emotions. The relationship is significant, and we have various interventions for other incision problem States.

What are primary emotions?

Primary and secondary emotions are critical concepts in EFT Therapy.

So I could feel envious, which is a complex emotion as my very first feeling. When I see you have something I want and it’s usually an adaptive emotion, and we live by these emotions.

What are secondary emotions?

But then a secondary emotion is an emotion that comes second.
And so the example we all probably know is that often when people feel hurt, they get angry and express anger. So really, the anger is masking the hurt.
And in sexual stereotype terms, men who have difficulty with vulnerable feelings like fear and shame often express anger.
So we see anger, but they’re feeling underneath shame or fear. Women in sexual stereotype terms often cry when they’re angry.
They’ve been socialised not to express anger, so they cry.
So we see these secondary emotions obscure or get in the way of getting to what’s being experienced.
So we want to get past secondary emotions to the most fundamental ones people feel. One of the main things is like why are primary emotions important?

Well, emotions are most fundamentally action tendencies. So fear organises me to run away. In anger, I puff up and thrust forward.
So emotion is my basic orienting system to the world. In addition, emotions give me information about my reactions, so I start to run away, and the emotion tells me I am in danger. So we need to help people get to their primary emotions because they give action tendencies, they provide essential information necessary to my survival.
And emotions also are signalling systems. They communicate.
So people must be clear and able to use the information of their emotions adaptively because if they’re don’t, they are a system that is feeling something but not aware of it or letting it inform them.

What is the Core Pain: the emotional suffering?

Well, and a primary and secondary emotion, which is one discrimination. We have a distinction that a primary emotion is either adaptive or maladaptive. And this maladaptive emotion is what is better-called core pain. Emotions are fundamentally adapted. My very first response usually helps me Orient.
But if I have traumatic learning or suffered neglect, abandonment, or abuse, my emotional system no longer becomes adaptive. So in post-traumatic stress disorder, a soldier might hear a door bang and may duck to hide from the bullet. The emotional brain tells him that danger is present, but there is no danger present.
So the emotion has become maladaptive and a painful core emotion that influences people in their lives. So the emotion was probably adaptive in the first instance, but it was never dealt with properly, so it remained an excruciating feeling.
So we believe that it’s essential that the client knows where they hurt. They know much better than I do where they hurt and what hurts.
So we want to follow their pain, leading us to their painful core issue.
Getting to core pain involves being empathically attuned to affect. And it’s sort of like having your finger on the person’s emotional pulse moment by moment.
So you have to be very present and attuned. And then you’re following people’s emotions and their painful emotions. So you follow what’s sad or poignant.
And if people had lonely, abandonment, if they were abandoned as a child, they’ll be sensitive to being left or being rejected possibly. And it will come up in the way they talk about present situations. And it’ll be the way they talk about it. Their voice will have an exceptional quality, their facial expression. And then you follow that pain, and you get to this core feeling of I was never loved, or I don’t deserve to be loved.

Now that is the core pain. And then we’re going to work to help transform that change that pain.
You.
Eft sees mental health problems as being based on calm, painful emotions and that people have had feelings which would not respond to in their life or not processed by them in their life in a good way, and that the ways they’ve then dealt with their emotion are not very helpful. So they have negative ways of coping with their feeling, which they experience as protecting themselves from their feelings. But in the end, people disclaim or disown their emotional experience. Now that doesn’t mean they don’t know what they feel, but they don’t own it or claim it as theirs, which means they don’t experience their emotions. So I think underneath every mental health problem, a significant component of many mental health problems is an emotion that hasn’t been processed.
And that means, and I use my hand, it’s been kept as protection because people are afraid that if they feel their emotions, they’ll be overwhelmed by them. They’ll disintegrate. So actually, they’re trying to cope with their painful feelings by staying away from them, but that becomes the problem.
So anxiety is like a smoke detector that tells you that danger is potentially there. But when it gets turned, my emotions might explode, and it becomes dysfunctional.
It’s no longer working. So now we get very anxious and panicky, but we’re afraid that our emotions will erupt and that we won’t be able to cope. So anxiety is an attempted way of dealing that I don’t fall apart, but it’s not helpful. And similar in other disorders. At the core of it is that I am disclaiming my emotions and not processing them, but they keep coming up, trying to get attention.
But my negative ways of dealing with my emotion are mental health problems. I get depressed, I get anxious, I have eating disorders. I calm myself. These things are done to try dysfunctionally t cope with painful emotions that I’m afraid will lead to my disintegration.

So in EFT Therapy, if somebody comes in with depression or somebody comes in and says, I don’t get on with other people, or I have difficulty with other people, we will try to take them to the core underlying emotion that generates those problems. So in depression, there might be either a core feeling of shame, like “I’m a failure”,” I’m worthless”, or a core feeling of abandonment or unloveliness. But the, depression is a secondary symptom because the need has not been met, the need for love or the need for validation. They begin to feel hopeless that the market will ever be completed. They give up, and then they feel depressed, right? Because they give up on trying to get the needs met and feel that it will never happen.
But really underneath their core shame of feeling worthless or core lonely abandonment, as nobody will ever be there or love me. And it’s those feelings that manifest at the surface of depression. But the symptom is a secondary phenomenon that disease is the underlying shame or fear. Similarly, with people who have difficulty in relationships, they might feel afraid of opening themselves because then they will get rejected, which is kind of shame-based, or they might feel nobody has ever been there for me. So I’m unlovable.
And what we see is difficulties in relationships, where they are wary, and they don’t take any kind, they don’t open themselves at all in the relationship, or they’re aggressive in relationships because they always feel wrong. But the core problem is always the underlying emotion, which we have to get to. But there are many layers. People come in with concrete issues and difficulties, but we don’t treat the symptom. We validate and understand the painfulness of the sign, but we are trying to get to the more primary underlying emotion.
And therapy is a process of helping people face those emotions and go to the need in them, which is an adaptive healthier need that helps them bring in new feelings.
So the cause of significant mental health problems are emotions that people are afraid of and try to stay away from. But the cure is being able to approach those emotions and symbolise them in awareness, deal with them, deal with the needs they express.

So changing emotional responses with emotion is the most novel concept in EFT therapy of how people change.
Spinoza, philosophers, hundreds of them, wrote that the only way to change an emotion is with more powerful and opposing emotion.
And this is a principle that we adopt as a central principle. I don’t believe you can change amygdala activated core painful emotions through reason. They are impenetrable to reason. So the way to change a painful core emotion is by having another emotion, which then helps transform.
Now, it’s not replacing. You don’t replace one emotion with another, but the new emotion transforms or synthesises with the old one. And then we have a new emerging emotion which we didn’t feel before.
So we can think shame has changed by anger. And what you end up with is, let’s say, confidence. Fear might be altered by sadness.
And what we end up with is calm or relief. But one emotion changes another emotion. And if you think of it very basically, if the action tendency in fear or shame is to withdraw, run away or shrink into the ground, the action tendency and anger is to thrust forward or in sadness is to cry out for the lost object.
You can’t run away and thrust forward at the same time. So when you’re in deep shame or fear, I can help anger emerge or grief and sadness emerge.
The one will blend with the other, and they’re going to transform. So it’s a little bit like as a metaphor if you have a set of hormones or neuro-chemicals flowing in your blood, when you’re ashamed, if you begin to get angry, you’ll have different neuro-chemicals, different wiring in your brain. So now, in your bloodstream, you have this mixture of neuro-chemicals, and it forms a new state. And that’s just an analogy, not an explicit scientific description, but it gives you the feeling of how one emotion undoes and transforms another emotion.

Leslie Greenberg, the father of the EFT therapy, Emotion Focused Therapy (not of the Emotionally Focused Therapy), talks in a much deeper way about this topic and how to use EFT therapy with clients in one of our webinars that you can find clicking on this link. 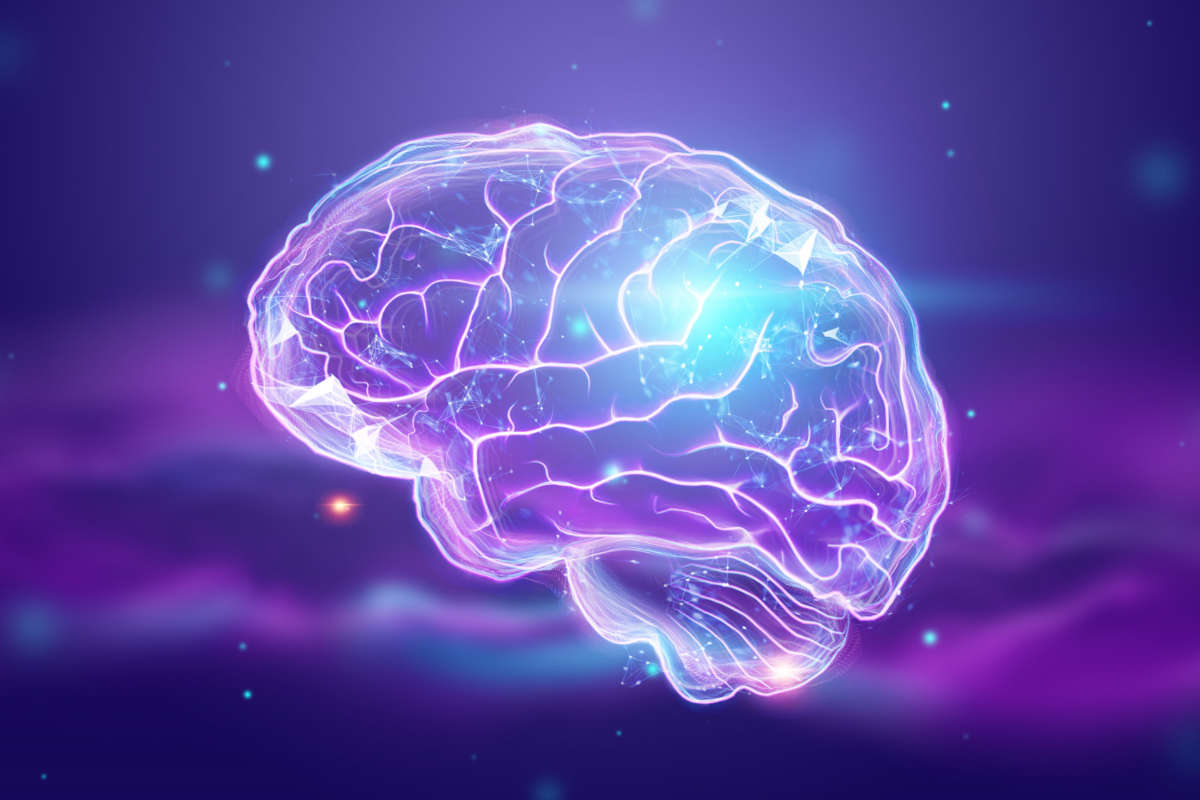 Psychotherapy Training by Alessandro Carmelita: discover my workshops and webinars
Trainings
I’ve always believed that the psychotherapy training is a complex process that involves different aspects. I created an environment where … 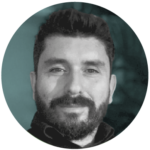 A blog curated by